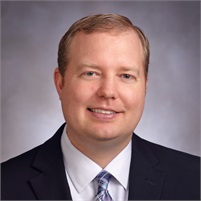 Mr. Farnsworth attended Capital University where he played football for one year. After his time at Capital, he enrolled into The Ohio State University where he spent another two years. He then enlisted in the United States Marine Corp and served his country as a combat veteran protecting the rights of Americans while fighting in Afghanistan and Iraq. After 4 years and 3 months, Mr. Farnsworth received an Honorable Discharge from the Marine Corp.

Since November 2006 he has assisted the President and CEO, Wayne Farnsworth, Jr. with client’s evaluations, investment and personal savings plans, retirement plans, college plans and life insurance administration. Brad also manages the office operations and is in direct contact with various vendors, lawyers, accountants and other established professionals.

Mr. Farnsworth has a Series 7 and Life, Health and Annuity license and insists on providing the best possible service for the company’s clients. His attention to detail and knowledge of various products continue to build the established reputation of a trusted financial service company.

He is a member of VFW Post 1060 and serves on the Selective Service Board. He enjoys golfing with friends and spending time with his family and three dogs. Mr. Farnsworth lives in Newark, Ohio with his wife, Brooke, their daughter, Bristol and son, Brady.